Winner of the Award for the Contribution to Serbian Comic Strip
Novica Đukić (1925), Belgrade 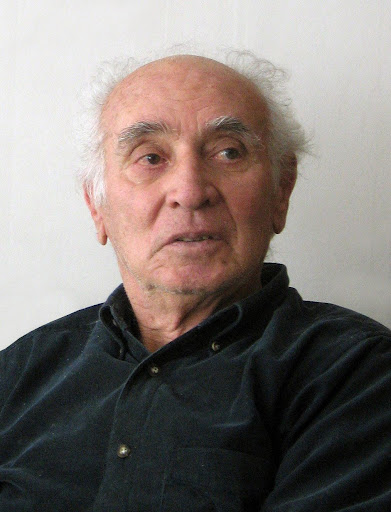 He was born in Belgrade in 1925. After WW2, he began his career as an illustrator in “Dečja štampa” company, where he worked ten years. He published his illustrations in various editions printed by this publishing house. At the same time, he collaborated with children’s literary magazine “Zmaj”; he worked on title-pages for “Ekonomska politika” weekly; he illustrated various books and decorated issues of “Borba” newspaper dedicated to children with his artwork. During this period, he created several interesting comics: “Izgubljeni grad” (The Lost City), a contemporary story from a childhood; “Đogo i Karabatlak”, (Đogo & Karabatlak), based on a Serbian folktale; “35. maj” (The 35th of May), based on a novel by Erich Kestner; “Grad pod morem” (The City under the Sea), scripted by Jovan Aleksić. All were published in the “Pioniri” magazine. At the end of the Fifties, Novica Đukić became editor-in-chief of “Kekec”, “youth magazine for all, from 7 to 77”, which was part of “Borba” publishing company. “Kekec” was printed in four color offset press and when it appeared for the first time (on December 26, 1957), it overshadowed all similar editions. In short time, its circulation increased to more than 100.000 copies. Due to its contents and graphic design, “Kekec” remained one of the best domestic children’s papers. Thanks to Novica Đukić, Serbian audience was familiarized with well-known Franco-Belgian comics artists such as: Macherot, Jije, Morris, Monzon, Peyo, Funcken, Coelho, Franquin, and their legendary heroes: Chlorophylle et Minimum, Cha’pa et Group-Group, Colonel Clifton, Modeste et Pompon, Schtroumfs, Lucky Luke, Jerry Spring and Chevalier Blanc.
Novica Đukić was editor-in-chief of “Kekec” twice; from 1957 to 1964 and from 1976 to March 1978, when he retired.