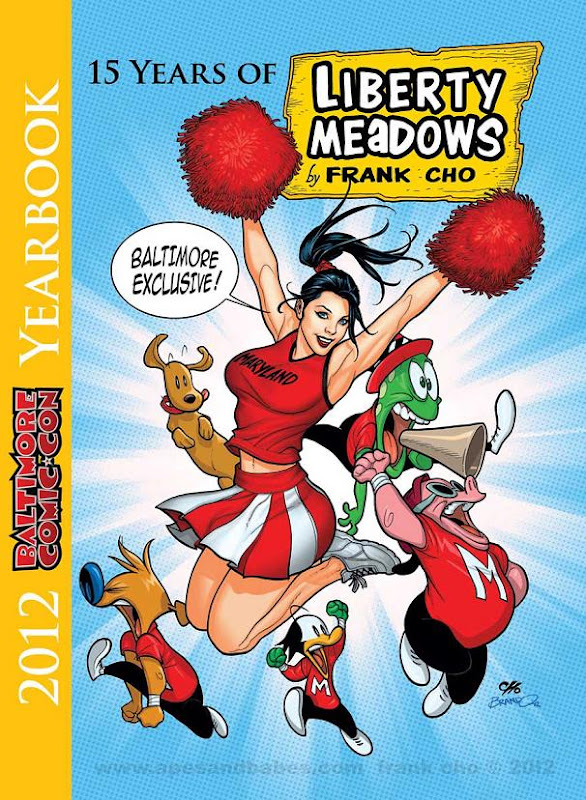 Here’s the finished cover to the special Baltimore Comic-Con exclusive art book celebrating the 15th anniversary of Liberty Meadows. The deadline was super tight on this but I got it under the wire. Big thanks to Brandon Peterson for taking time off his busy schedule to color and layout the logo on it. And big thanks also to Thomas Zahler for putting the whole book together.

This Liberty Meadows hard cover art book is super limited to about 1000 copies(?), and will be sold exclusively at the Baltimore Comic-Con on September 8 – 9