Sandu Florea is a Romanian and American comic book and comic strip creator, also known as an inker and book illustrator. A trained architect and a presence on the science fiction scene during the 1970s, he became a professional in the comics genre with albums such as Galbar, and was allegedly the only artist to have obtained a steady income in this way during the communist period. A prolific contributor to Romanian children’s magazines, Florea had his activity curbed by communist censorship when he first publicized his intention of emigrating to the United States. He eventually left the country shortly after the 1989 Revolution, and soon after began collaborating with Marvel, DC Comics and other leading enterprises in the field of comic book publishing. He became especially noted for his activities as an inker, with contributions on series such as Buffy the Vampire Slayer, The Executioner, X-Men: The End, Batman R.I.P. and Batman: Battle for the Cowl.

Florea has maintained enduring contacts with his native country, and has taken an initiative in popularizing the American comic book style in Romania. He has been described as one of the most successful among his colleagues, and claimed to be one of the most recognizable Romanians in his field. 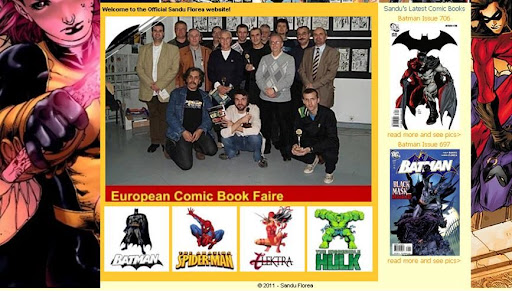